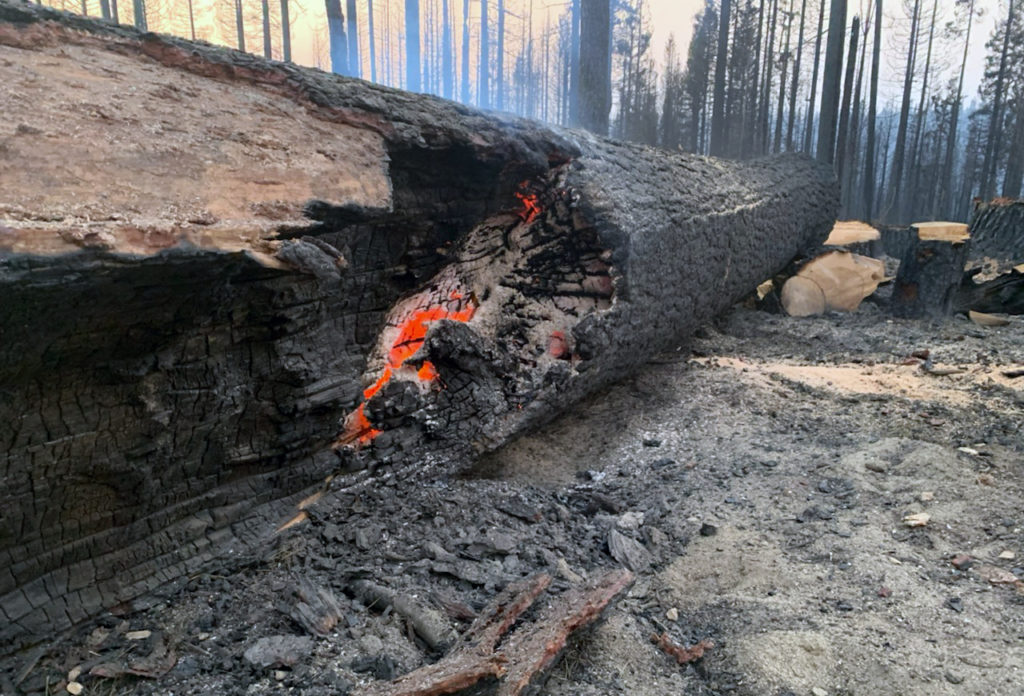 The study, led by UC Irvine Project Specialist, Aurora Gutierrez, and Dr. Jim Randerson, compared fire occurrence and burn severity in the Sierra Nevada to daily summer temperature. “A lot of studies use monthly or annual data. But we use daily data because we really wanted to look at the effects of heatwaves,” said Aurora Gutierrez, lead author on the paper. To do this, they examined historical fire and average daily temperature data spanning from 2001 to 2020.

They found that the likelihood of fire occurrence and burn area both increased nonlinearly with increasing daily summer temperatures, meaning that each degree of warming is more impactful than the last. A 1° Celsius increase in daily temperature increased the risk of a fire by 19 to 22%, and the area burned increased by 22 to 25%.

These results have significant implications for fire management in the Sierra Nevada. “Wildfires are really sensitive to small changes in summer temperature,” said Gutierrez. Fire occurrence and burn area have increased dramatically across California in recent years, and particularly in the Sierra Nevada. Simultaneously, California has faced increasingly frequent and intense heatwaves due to climate change. This study is part of a growing body of evidence linking temperature as one of the drivers of fire.

These results also have future implications as climate change continues to worsen. The Sierra Nevada are projected to experience a 2° Celsius increase in mean summer temperatures by the 2040s from those in the 2010s, according to the Community Earth System Model version 1 (CESM1) large ensemble (LENS) climate model. When the researchers mapped their work onto these climate projections, they estimated that by 2040, the number of summer fires in the Sierra Nevada will increase by 51 +/- 32% and burned area will increase by 59 +/- 33%.

This research highlights the importance of planning for a warmer world, and Gutierrez hopes that land managers, fire managers, and stakeholders will consider this in their decision making. “Because of climate change, the risk of wildfires will continue to increase into the future based on the projections of temperature that we’ve seen. If we don’t really change our actions now, this is the likelihood that that type of scenario could happen,” said Gutierrez.