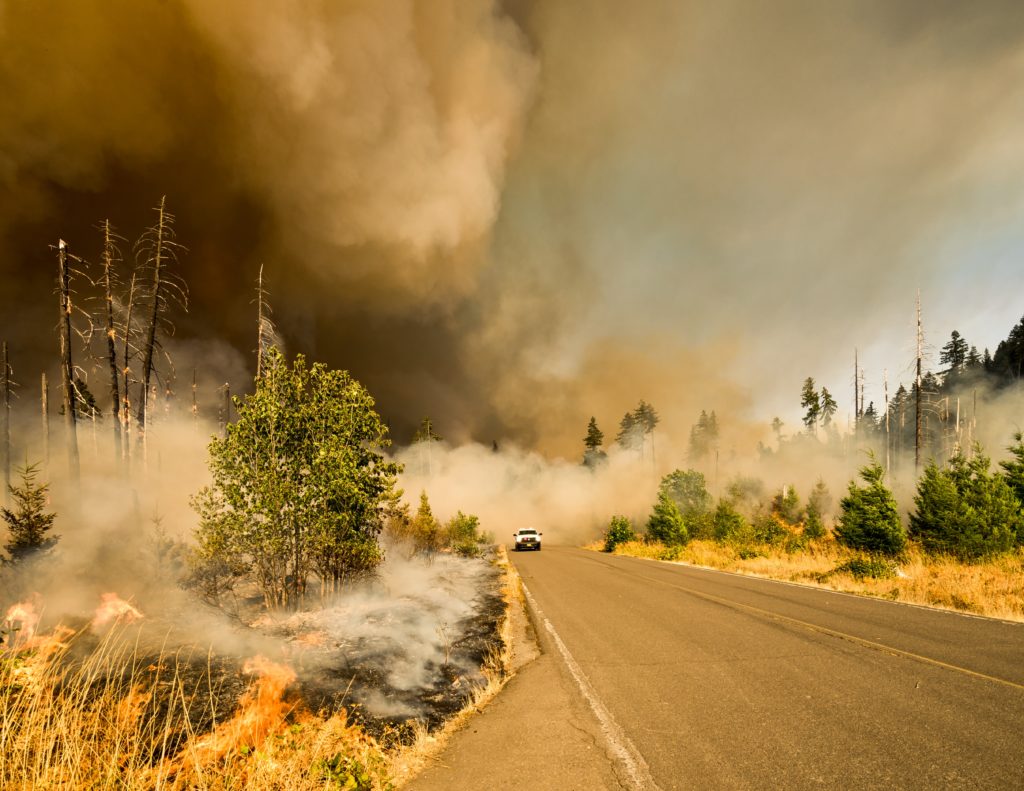 Photo by Marcus Kauffman on Unsplash

The study, published in Environmental Research Letters, was led by CECS Co-PI Dr. Yufang Jin and University of Hong Kong Assistant Professor Dr. Bin Chen. The study modeled both human- and lightning-caused ignition events in California, spanning from 1992 to 2015. These ignition events were compared to a variety of potential ignition drivers at both the statewide and regional levels. The researchers also created spatially explicit maps of estimated ignition risk over two decadal periods, circa 2000 and 2010.

California has been devastated by catastrophic wildfires in recent years and Californians have become used to warnings to avoid any actions that may spark a wildfire in the dry season. While much research has focused on what happens after a wildfire ignites, less is known about the ignition event itself. “Right now, we have a lot of studies on wildfires, but there are limited studies on the ignition issue… [This study] allows us to uncover the explicit drivers of human-and lightning-caused ignitions [in California],” said Dr. Chen.

Overall, the researchers found that 80.6% of total ignitions were human-caused. These mainly occurred near populated areas or roadways and at lower elevations. Most lightning-caused ignition events occurred in remote areas and at higher elevations, such as in Northern California or the Sierra Nevada.

In the statewide models, the researchers found that the distribution of human-caused ignition events was mainly driven by precipitation. Interestingly, ignition probability increased with increasing precipitation, likely due to increased vegetation growth. The presence of nighttime lights (i.e., human settlement) and slope were tied as the second largest factors. Snow water equivalent (SWE) was the greatest predictor of lightning-caused ignition events. Lightning strike density and vegetation contributed at a distant second and third, respectively.

Sub-Ecoregion Ignition Probability
The researchers then split the analysis based on ecological sub-regions of California, in addition to separately modelling human- and lightning-caused ignition. These sub-ecoregion models captured a finer spatial pattern of ignition and showed that the main drivers of ignition varied by region. Metrics of human presences were one of the leading drivers of human-caused ignition events in each region. However, in the Sierra Nevada model human presence tied with slope as the leading driver, and in the Southern California model solar radiation was a greater contributor. Lightning strike density was the dominant driver of lightning-caused ignitions in Northern California, while SWE was the main driver in the Sierra Nevada and Southern California.

The researchers also produced two additional simulated scenarios for the 2005 to 2015 decade to isolate the impacts of human and climatic drivers of ignition risk. This analysis showed that human-caused ignition probability was mostly due to changes in climate and fuels, although metrics of human presence were also a major factor. Lightning-caused ignitions were also mainly driven by climatic factors.

Managing Ignition Risks
Understanding the conditions that lead to wildfire ignition can help land managers and other decisionmakers better allocate limited resources to mitigate wildfire risks. Additionally, Dr. Chen emphasized that these results indicate the importance of region-specific management when it comes to wildfire ignition risk. “We found that drivers were very different across regions… We should design adaptation strategies and actions based on those differences.”

As wildfires continue to worsen under climate change, preventing human-caused ignitions in the first place may become more critical than ever. “Fires are getting bigger and bigger so we may lose control of ignition due to increasing winds or worsening tree mortality. Sometimes we cannot control the fires, so ignition becomes more important.”

The full study, titled “Spatial patterns and drivers for wildfire ignitions in California,” is available online in the publication Environmental Research Letters at
https://doi.org/10.1088/1748-9326/ac60da.