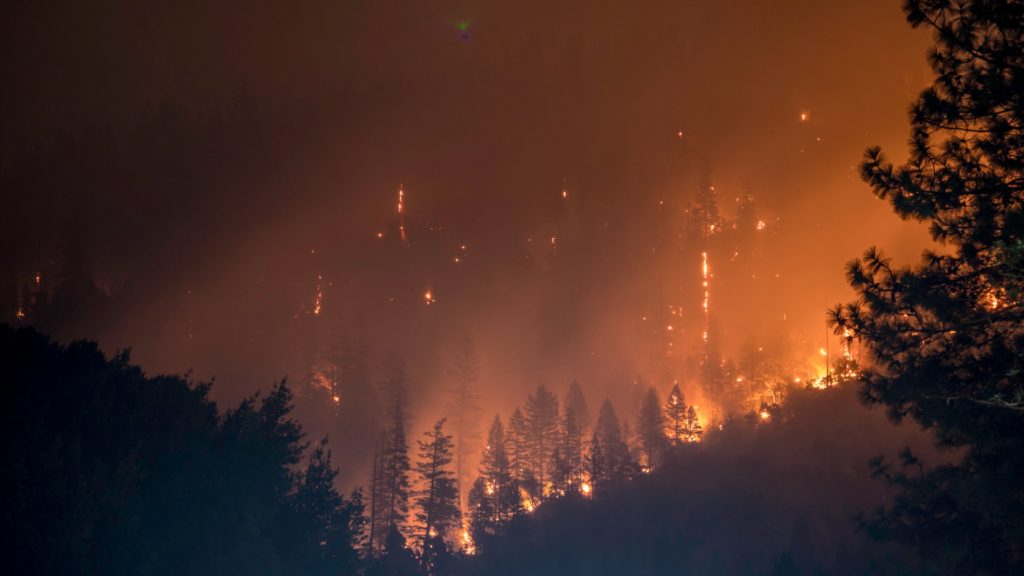 Photo by Matt Howard on Unsplash

The first study was led by CECS researchers Dr. Yang Chen and Dr. Jim Randerson of the University of California, Irvine and Dr. Stijn Hantson of the Universidad del Rosario, Colombia. In this study, the researchers developed a novel object-based system to track fire progression using Visible Infrared Imaging Radiometer Suite (VIIRS) satellite data. The researchers then used this system to map California fire history from 2012 to 2020. This dataset covers many of the most catastrophic fires California has experienced, including the largest in recent California history, the 2020 August Complex fire.

To create this data, the system clusters detections of fire based on their proximity to other fire detection points to delineate existing and new fires, and update fire perimeters. This approach allows the researchers to produce data at a regional-scale resolution and 12-hour timestep, while also detecting cooler fires than most other satellites can. This means near-real time updates to fire perimeter data at a higher resolution, while detecting more fires than previous datasets. These innovations may help improve existing wildfire models and our ability to forecast and plan for wildfires in California and around the globe.

The concurrent study was led by Dr. Hantson and Dr. Randerson. In this study, the researchers used the VIIRS satellite data and similar methods to the first study to develop a standardized fire behavior dataset for California from 2012 to 2018. These fire behaviors included how fast the fire spread and the radiative energy, a metric of how intensely the fire burned. They then compared this fire data to existing meteorological and ecosystem data to examine the impacts of weather and environmental conditions on fire behavior, as well as the subsequent impacts on the ecosystem from those fires.

They found that human-caused fires tend to occur in dry shrublands or grasslands and during weather conditions that can lead to extreme fire. As a result, these hot, dry, or windy conditions allow the fire to spread much faster and burn more intensely. They also found that these severe fires led to more severe ecosystem impacts, such as tree mortality. Lightning-caused ignitions, on the other hand, tended to occur in remote forested areas and tended to coincide with less extreme fire weather, such as greater precipitation and cooler temperatures. Therefore, these fires did not tend to burn as fast or as intensely. These results add to our understanding of the linkages between conditions at the time a fire ignites, subsequent fire behavior, and resulting ecosystem impacts.

As California faces increasingly extreme wildfires, there is a need for improved data to better track and predict how fires might spread and behave. Dr. Chen hopes that this work might help address that need. “When you connect fire observations spatially and temporally and consider the evolution of that fire event, then the satellite data can be more useful and provide more information for the fire community.”

Both studies are available online. The first, titled “California wildfire spread derived using VIIRS satellite observations and an object-based tracking system,” is available in the publication Scientific Data at https://doi.org/10.1038/s41597-022-01343-0. The second, titled “Human-ignited fires result in more extreme fire behavior and ecosystem impacts,” is available in the publication Nature Communications at https://doi.org/10.1038/s41467-022-30030-2.